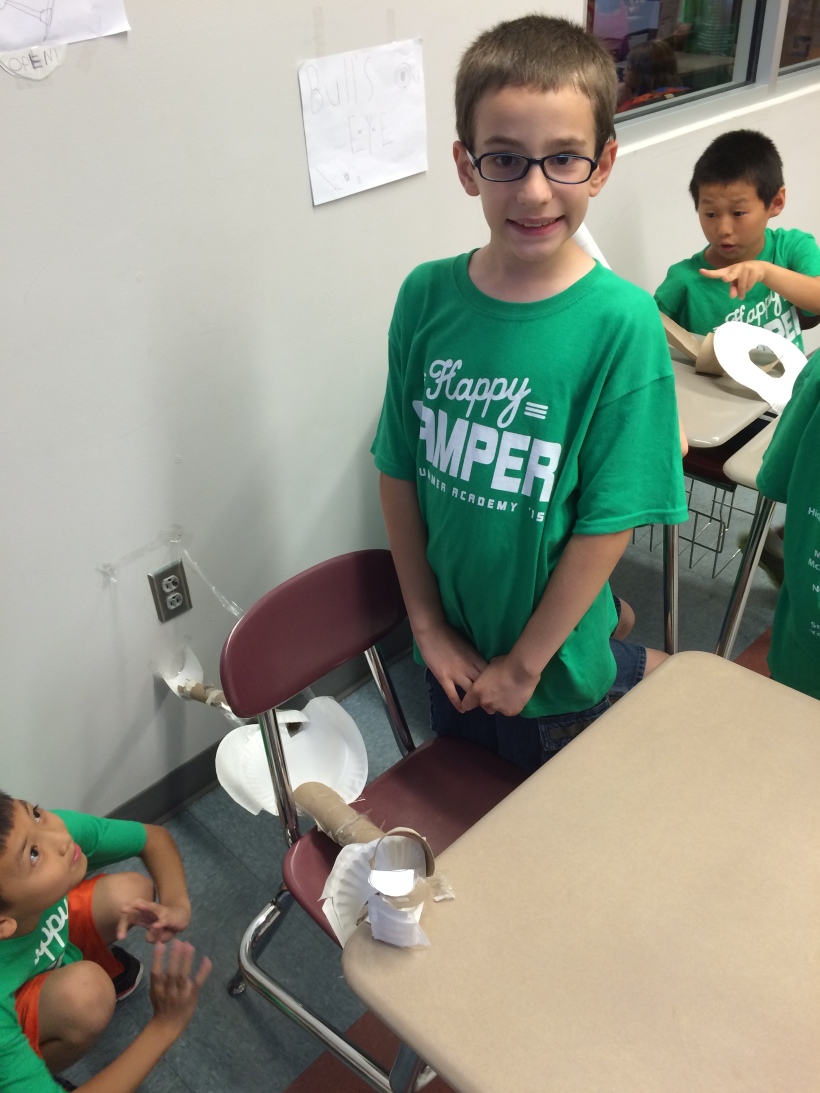 Kieran found himself frustrated throughout fourth grade with playing the trumpet. While many kids have trouble when they first start learning an instrument, Kieran was especially so.

He tends to put less work into something when it is not immediately easy for him to accomplish (something that is still true).

When we thought he would quit playing after fourth grade, he asked to be able to rent his instrument over the summer.

We insisted that he practice every day (almost) for 10 minutes. He generally complied.

As a result, he started fifth grade “ahead” of some of his classmates because he had gotten through the hard parts of his music over the summer. While it was rough going some days, we were able to point out that “slow and steady wins the race.”

Fifth grade also allowed him to join the chorus.

Kieran has always had a great voice, but would never sing. He was “too embarrassed.”

Fifth grade provided him the perfect opportunity to sing in a group – not drawing too much attention to himself. It didn’t hurt that I rewarded him for taking the risk of joining either.

We secretly listened to him practicing and enjoyed the various sounds of music that filled our home.