I am my mother’s son:

the light hair when we were younger, wide nose, wide toes,

the energy to power a small city, a love for singing,

the non-stop talking when we are excited. 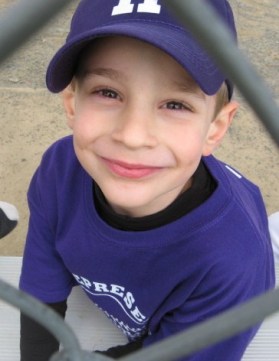 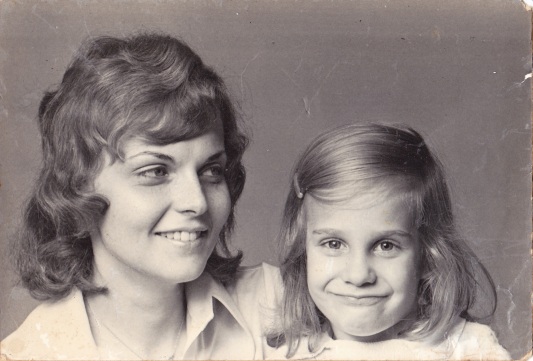 I take after my father’s behaviors,

the intensity, the angry spells,

and even the love of working with my hands.

I have my paternal grandfather’s personality,

the love for animals and being outdoors;

An passion for doing what I love to do.

I do wear all of his hand-me-down clothes,

how well I do at math and music,

But I just want to be me.

With a nod to my mentor text: “Everybody Says” by Dorothy Aldis in Songs of Myself compiled by Georgia Heard and posted/blogged by Lynne Dorfman.

I am my father’s son:

the habit of not paying attention to the “unimportant” details in life,

the difficulty with having a conversation.

I’m the image of my maternal grandmother,

with her nose, her toes, her hair color,

and even her ears. 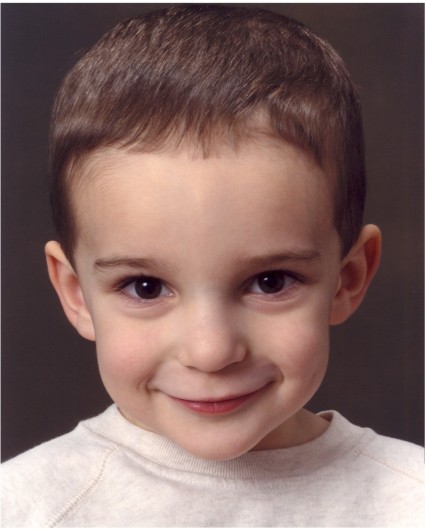 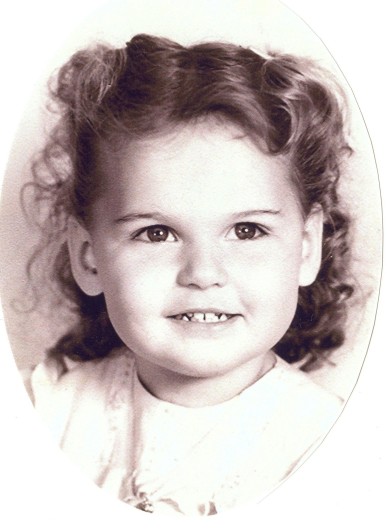 two on my mother’s side and one on my father’s side;

All over 6 feet tall, like people think I will be.

My kindness and love for The Lord,

as well as her sarcasm,

also her intelligence and love for reading.

But I just want to be me.

With a nod to my mentor text: “Everybody Says” by Dorothy Aldis in Songs of Myself compiled by Georgia Heard and posted/blogged by Lynne Dorfman.

When we sat down to talk as a team about what Liam’s second grade year would look like, it was a very positive meeting. 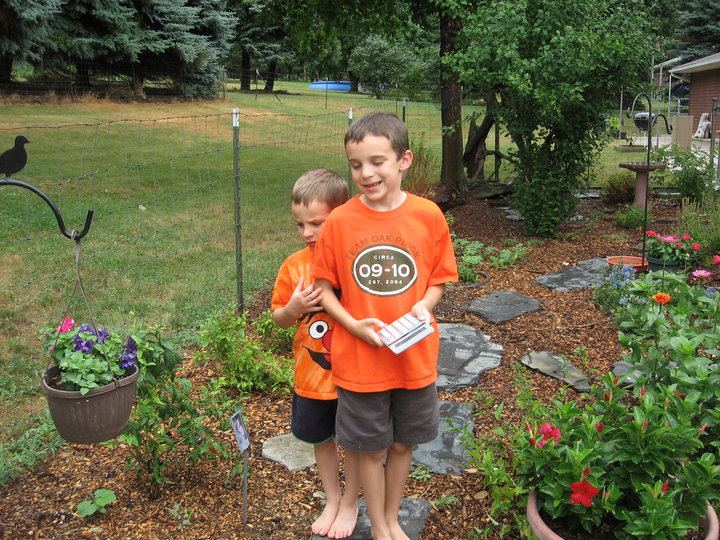 The school had a policy of not sharing with anyone until the week before school who a child’s teacher would be, but Liam’s current teacher (the Assistant Superintendent’s wife and teacher of 30+ years) and his gifted education teacher assured me their recommendation was for someone who was friendly, but firm; calm and caring.

They highlighted some of Liam’s needs and many of his successes. They shared that he was really standing out in math and would be looking for ways to challenge him in this subject beyond assessing what he already knew in the unit and extending the curriculum.

His itinerant autistic support teacher shared that she would continue many things that were helping him grow socially, such as lunch bunch. There were a few goals that he had met and that were being removed.

Moreover, they were open to the idea of having Liam visit his new classroom the week before school started to look things over, acclimate his mind to the new space, and to meet his teacher in person and learn her face.

It had been a wonderful year.

We thought long and hard, not just about whether to send Kieran to Kindergarten the year he was eligible with an end of July birthday, but also where to send him. 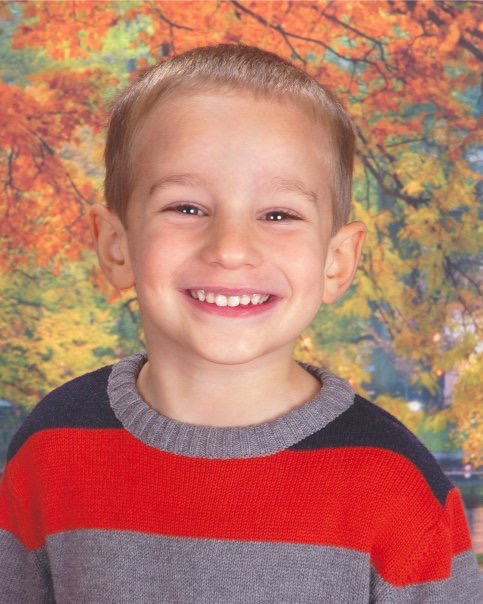 Liam had gone to the private Kindergarten all day. We thought Kieran, being as social as he was, would be fine in the half day program. All of the kids from our neighborhood would go to Before Care at the local church, then get bused over to the p.m. Kindergarten session.

He could handle that, to be sure.

We also had a third child in day care, so were not quite as able to afford the private Kindergarten tuition. We were thankful for this less expensive option.

It was funny to me that, while we made this decision based on Kieran’s level of social-ness, our first visit to his classroom and teacher was quite the contrast.

I was wearing a long skirt that day, and he actually hid in the folds of my skirt and would not say hello to his teacher.

Who was this “shy” kid? I tried to bribe him out, trick him out, “threaten” him out. Nothing was moving him from behind (and among) my skirt.

I apologized to the teacher. I shared that he just needed to warm up, but that he was quite the social butterfly.

My introduction proved too true, which I will share about later.

For whatever reason, he has kept up this habit, even now.

On Friday night we wound up in the same restaurant as his social studies teacher. I asked him if he had said hello to her.

“No.” (He used to say, “I’m not that kind of Kieran,” meaning, I’m not the type of kid to say hello to a teacher in public, or to introduce myself to someone new, or to start playing with a group of kids I don’t know.)

“Well, if you are able to say hi before she leaves the restaurant, we will give you back the video games you lost earlier tonight.” (See me still bribing?)

“I guess I just won’t get them back then.”

Fortunately, this teacher has also studied to be a guidance counselor, and is the friendliest, most approachable person I’ve ever met. She initiated saying hello to our family before leaving.

This gave Kieran the opportunity to offer a soft, hi.

As soon as she left, he commented, “I said hello. Don’t forget that I get my video games back. Liam, do you want to play….?”

While Kieran certainly did not get as much out of karate as Liam, and did not do it for as long, we were open to anything that would help him with focus and attention. 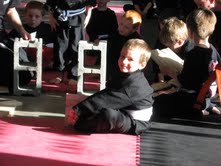 He had great respect for the Sensei (who’s voice you can hear in the video below) and actually found someone to look up to in the young man who appears later in the video (to move one kid back into position).

This young, male instructor seemed to have struggled with some of the things Kieran did when he was younger. He usually smiled when Kieran was hopping around and off balance. If Kieran was not listening, he would talk quietly with him to help him understand what needed to get done. Kieran worked to please this instructor, as he got positive attention from him.

Karate helped Kieran practice compliance, which was one of the things he needed (and still needs) to learn. It didn’t keep him from being his own person or stifle his personality. It channeled it.

We consistently looked throughout this stage of his life for things that would help him learn these skills.

Things we learned to avoid: Soccer, t-ball, down time, yelling at Kieran, or sharing we were disappointed with him.

Now that he’s older and more sarcastic, we continue to find ways to channel his energy and help him to focus. We also work very hard to find positive ways to acknowledge his work and effort. This is the only way that works with him and keeps him feeling encouraged.

On Thursday night, Keystone State Reading Association held a Twitter chat with author and teacher, Jennie Brown, about how to maintain balance in one’s personal and professional life.

Sadly, I struggled mightily with this balance, especially toward writing, this weekend.

We are trying to sell our current home. Therefore, we spent the weekend cleaning our house (in anticipation of our first showing) and combing through the active listings to find our next house.

When I wasn’t cleaning or combing, I was binge watching The West Wing, which I had never watched even one episode of, until yesterday. No excuse. Just a respite from the stress we’ve embarked upon this week.

Then there was small group, church service, and softball try-outs.

But I cannot give up now. I have committed to blogging each day in the month of March. It’s the 26th day for goodness sake. I only have five more days to go.

Also, I have set a personal goal (a marathon 😉 to write every day (of the week) this whole year. It’s only the third month of said year.

So, here I am. Not eloquent, not witty, not insightful. But a writer – writing. That is going to have to suffice for tonight. 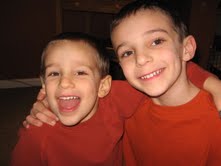 Writing has always been hard for Liam, especially when he starting school. He does not think creatively, and most writing (thankfully) in Kindergarten and 1st is creative.

When a teacher tells a child on the autism spectrum to write about anything they want, the student takes that literally. Thinking about all of those choices will often cause them to “shut down” or have complete writer’s block. Write about anything? Too many choices to pick from. I don’t know what to do.

There are also students with ASD who struggle with physically writing. They have had, or currently have occupational therapy to learn how to use scissors and write legibly. Remember low muscle tone? Because of it, for some students, writing is exhausting. (This was not the case with Liam who has exquisite handwriting and even practiced writing cursive letters for “fun”). Any accommodations, or therapy that can support strengthening the muscles in the hand will help, but coupled with not knowing what to write, some students avoid writing as much as possible. We know how hard it is to close the gaps for writers who do not practice.

Starting out, teachers can work to make writing a “concrete” experience. When students experience success and create those writing territories (I will talk more about writing as I address each of Liam’s school years, to add to the bank of strategies), they will be more inclined to participate.

So, in Kindergarten, Kid Writing-like techniques can be extremely helpful. The student can verbally share their story with the teacher who records it and reminds the student what he/she said as he/she works to write the story down. Or, the student spends time drawing, then writes to describe the drawing. This type of writing (describing) can establish a strong foundation for how to add details to sentences later on.

In first grade, I found that using mentor texts (please see Rose Cappelli and Lynne Dorfman’s three books: Mentor Texts, Nonfiction Mentor Texts, and Poetry Mentor Texts by Stenhouse), is an incredible way to provide writing support. Mentor texts offer both a model for what is expected (explicit instruction), as well as ideas to imitate (scaffolding), if needed.

Is it wrong, at first, if a student will imitate the subject or structure of the mentor text? It depends upon the student. If I don’t write at all, but I will imitate the text and infuse a few of my own ideas, to get me writing? Go for it. Am I ready to branch out on my own a bit? Then, the teacher can gradually release the student from depending upon the text as much.

I know that whenever I go to write anything for the first time (like my first letter to parents as the Title I coordinator), I looked at the letter that went out the previous year. I probably didn’t change much beyond the date and the name, at first. Now I can write these letters, because I understand the requirements and the law better than I did in my first few months on the job.

Mentor texts afford writers the opportunity to see what a teachers means when he or she says, write a story about… or write a poem about…, and help them successfully navigate a world of endless possibilities that, while helping some thrive (on choice), make others feel overwhelmed with how to begin. Mentors texts offer the beginning of understanding how writing looks, what writers do, and how to become a writer.