One heart full of giggles.

Two brothers who keep you on your toes.

Grade three finished with much friendship, laughter, and learning.

Four activities that you love to do: softball, basketball, reading, and writing.

Five girls who will be seeing a movie and eating cake together to celebrate your special day.

Six different camps you will enjoy this summer.

Seven years since we first brought you home to join our little family.

Eight times you will hop up and down when you see your friends today.

Nine years old – happiest of birthdays to you, sweet daughter!

Prior to fifth grade, Liam’s math enrichment came in the form of pull-out math enrichment, pre-testing out of a unit and being able to learn through projects, or being given the opportunity to tutor in math.

These were all wonderful opportunities that stretched him as a learner.

In fifth grade, we were given an incredible option…

His elementary school was under construction, so the entire 5th grade moved to the middle school for this one year.

The district offered for Liam to take sixth-grade math, as he was in the same building. This class was an accelerated sixth and seventh-grade math course, which would allow him to take Algebra 1 as a sixth grader if all went well.

His team of teachers, from both schools, worked out the schedule so he would not miss much more than the math block in fifth grade, and could attend sixth-grade math each day.

It set him on a path of learning and maturing as a student that could not have been accomplished through other means.

While he excelled with the content, he learned to work more independently (in the sixth-grade classroom).

He worked in groups with older, more mature students. They were excellent social role models.

He learned how to interact and manage a middle school workload.

Because of what happened four years ago, Liam will be taking AP Calculus I and II as a freshman this year.

Because of his caring, dedicated, forward-thinking team of teachers, he has a future of rich and vast opportunities to learn how and what he loves.

In third grade, Kieran was a complicated reader.

He had a large vocabulary but was still reading mostly by memory.

He consistently chose books that were below grade level, because he was interested in them. They were funny. We never told him they were too easy or that he shouldn’t read them, but he was inadvertently avoiding moving into chapter books that would present more complex plots, primary and secondary characters, and use some literary devices, which is what he was starting to see (and avoid) at school.

While he loved graphic novels, beyond Frankie Pickle, there were not too many available to him (at the time).

There was no series he was particularly hooked on.

Of course, he wanted to read Harry Potter. I felt he was a bit too young to read it on his own. All other titles that I recommended, he would pick up and put back down.

He also developed a habit of having four or five books going at once. I read an online post that “helped” me not discourage this – but see it as just a different “style” or habit of reading. Not my own; not bad.

During this time, he would not have categorized himself as a reader. I was worried, because my husband is not a reader, that Kieran might not fall in love with reading like Liam had.

I worked hard to remind myself almost daily that my job was to not come on too strong, keep putting books into his hands, listen to what he was telling me about his taste in books and frustrations with reading, and support and guide him gently.

Working at the school district at which my kids attend, here and there, has provided me with some wonderful opportunities that I would not have otherwise had.

In Kindergarten, I was able to teach Mea guided reading, for a little bit.

There were only three students who needed to be in the same group and too many other groups to meet with during the p.m. session of Kindergarten.

We found a way for me to see these three students as much as my schedule would allow. Mea was in this group of readers.

They were able to pronounce almost all of the words they were encountering in their reading. In fact, one of the students read “trellis” when he saw it in a book.

I exposed them to new vocabulary and different genres of books.

We talked about how smoother and more automatic when we read.

We discussed characters and plot; we compared and contrasted different books about similar topics.

We learned how to ask, and then answer questions about what we were reading.

We wrote about what we read and answering beyond and about the text questions.

Mea sometimes struggled with these types of questions. Her peers modeled for her how to think and respond – it stretched her.

Other times, Mea would see something in the book that was unique – he was able to share her insights with her classmates.

As a group, we enjoyed reading beginning chapter books and nonfiction texts that helped us learn about the world.

It was an incredible opportunity – one that I would never have had if her teacher hadn’t been creative about problem-solving around the schedule, and generous about sharing her students with me.

Mea’s teacher really understood how to balance time for her to be silly and time for her to focus. She would only have to say, “Mea, it’s time to get the sillies out,” and Mea would know that she had to settle down.

Mea could have gone to school all day (she was in half-day Kindergarten). She loved all of the kids she was able to spend time with – better than being with just dad.

Truly, whenever Mea would be out around town and see a kid, they all seemed to know who she was.

During this time, we saw Mea start to collect every scrap of paper, pencil, eraser, and bracelet that was given to her at school or at Sunday school.

I would find them all over her room – sometimes hidden, and sometimes not.

I would have to go through and “clean” out her collection, especially because sometimes it was just a blank piece of paper.

This was different than with the boys – they were just messy and didn’t put things away.

Mea was holding on to everything that was “hers.”

It gave us more to think about as she began her school career.

Mea is her mother’s daughter.

It’s her love for sports,

being an avid reader,

and how she enjoys talking to and playing with her friends for hours on end.

Mea is her daddy’s daughter.

her dark skin that soaks up the sun,

her love for being outside.

Mea is her Grandmother’s girl.

Her love for baking,

her penchant for writing for hours,

and how she enjoys nature and dirt!

Mea is her Grammie’s girl.

The creativity that flows,

an artistic niche that amazes all,

an eye for all that is unique.

eight years have flown by!

You’ve captured the best of the best,

the Mea we all love!

Today we move for the sixth time in our marriage.

House one was his bachelor pad – too far from our new life together and my work.

House two…. let’s just say we could hear EVERYTHING through the walls.

House three is where we welcomed Liam home. It was the church sexton’s house – Mike was the sexton. When he left that job, we left our home.

House four is where we stayed the longest. We welcomed both Kieran and Mea home here.

House five became our house when I took my new job. The kids have grown up here. They each had their own room. We enjoyed the spaciousness of this house. It was not peaceful here for many reasons.

House six we move in today. It is a smaller house – allowing me to pursue a job in higher education.

I hope this house brings us as many memories and joys as those that came before. I hope we will learn to call it home. 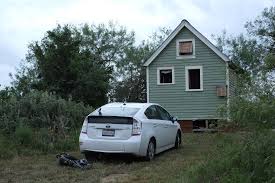 So proud that you qualified for Nationals.

Could not go with you this year.

Excited for you to experience Orlando and competitions with students from around the nation and the world.

Hope you remember to call/text.

What a great experience for you to take to finish out your middle school years.

Will you eat enough, remember to brush your teeth and use sunscreen?

Thankful you have this opportunity.

Your first trip away from home….

Nervous parents who cannot wait for your return.

Liam shows me and tells me that he loves me.

He shows me by leaning on me and sitting close, especially when something important is happening in his life.

He says, “I love you,” at least six times before I leave for work in the morning.

He shows me by hugging me at least six times before I leave for work in the morning.

He tells me by asking if there is anything he can do for me.

He shows me by kissing me on the cheek.

He asks me if I am happy.

He shows me by sometimes kissing me lightly on the lips; he doesn’t always remember that this is not something a 14-year-old boy does with his mom.

I thank him and remind him, then hug him tight to let him know that he will always be my little boy.

With Liam and Kieran, growing seems to have happened a little at a time. Our one friend joked that, with Liam, if we went into his room at night, we could probably hear his bones growing. As an 8th grader, he is 5’10”. Getting there was slow and steady.

With Mea, we’ve been caught at least three times now, one just this weekend, where, the growth seems to have happened overnight.

Each of these times, the day before, she’s fine fitting in (as was the case yesterday), a size 3 shoe. But when we finally get her to the shoe store, she needs a 4.5!

How does that happen?

Obviously, it’s not literal. Sometimes, we have been “forcing” her feet into a too small shoe (remember she doesn’t really complain about pain). Another explanation is that different shoes have different fits.

We always feel like terrible parents sitting in the store getting her shoes 1-2 sizes larger than she walked in with.

While Liam is on the tall side, Kieran always measured taller than him (until we gave him medicine).

In comparison to the same year and measurement of the boys, Mea has always measured taller than both. We will see if this trend continues at the end of this month at her nine year checkup.